By market May 28, 2016 Uncategorized
No Comments

At Market Street Animal Clinic, we are incredibly grateful for all those who have fought, those who continue to fight, and those who will fight for our freedom. This includes dogs (and other animals) that serve in the military. 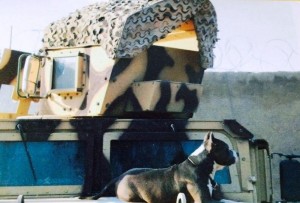 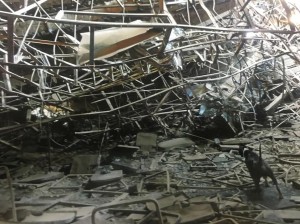 This is Junior. Junior spent quite a bit of time in the Middle East, serving our country. We had the honor of helping this war hero over the Rainbow Bridge late last year.

Military Working Dogs (MWDs) or K-9’s have many different roles in the military and law enforcement. They can sniff out explosives and drugs, go on patrol, or be used as intimidation tactics. 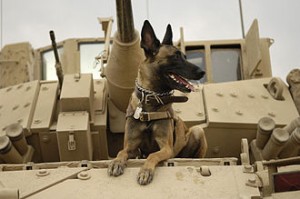 A United States Air Force Belgian Malinois on an M2A3 Bradley Fighting Vehicle in Iraq in 2007.

In 2000, President Bill Clinton passed “Robby’s Law“, which allowed the military handlers and their families the first chance at adopting their four legged soldiers. Prior to this law, military dogs were either euthanized or abandoned after their “useful service”.

To all of the veterans, both human and animal, Market Street Animal Clinic would like to give our sincerest thanks and gratitude to you. We admire your strength, courage, and service to our country. Thank you.

If you are interested in learning more about MWDs, check out this informative link.